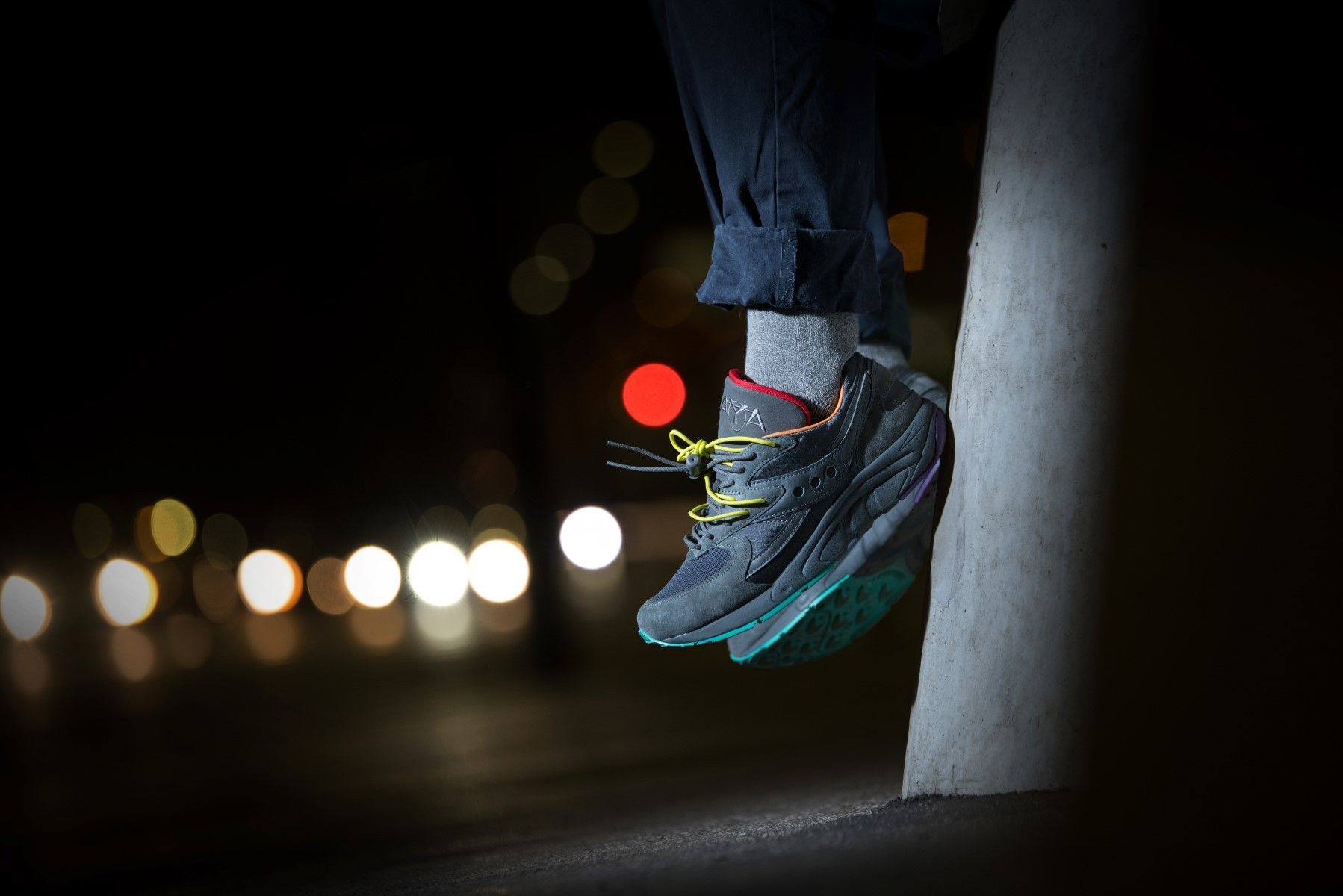 The Saucony AYA was launched in 1994 as a light runner for short and medium distances. In the following year the shoe disappeared in the archive for a quarter of a century. Now they teamed up with the Canadian streetwear label “Raised by Wolves” and released a very discreet banger, the “Asphalt Jungle”.

Founded in 2008 by former Highsnobiety editor-in-chief Pete Williams, the brand has stood for high quality street fashion from Canada for over 10 years and is taking no prisoners in its first collabo project with Saucony. The AYA, which means “quiet flight”, is basically characterized by the many different lace options, the wide, raised tongue and its lightness. The midsole foam also extends over the outsole in the middle part – supplemented by the usual XT 600 outsole in the toe and heel area – and ensures good wearing comfort.

Thought as a tribute to the 90s skate scene, the “Asphalt Jungle” comes in a material mix of soft suede, leather, mesh and 3M in monochrome grey. The reflective ropelaces are fixed with grey lacelocks, the monotony is completed by the turquoise green and purple outsole. The leather lining in orange and red has a high-quality feel to it and also adds a touch of colour.

As a reminiscence to skate legend Chad Muska, a hidden pocket with zipper in both tongues was built in – with enough storage space for this and that, just different things.

Although the AYA is a bit banana in the side view – like so many performance runners from the 90s – but you can see a nearly perfectly shaped toebox from above.

In general, the part on the foot is simply fun!