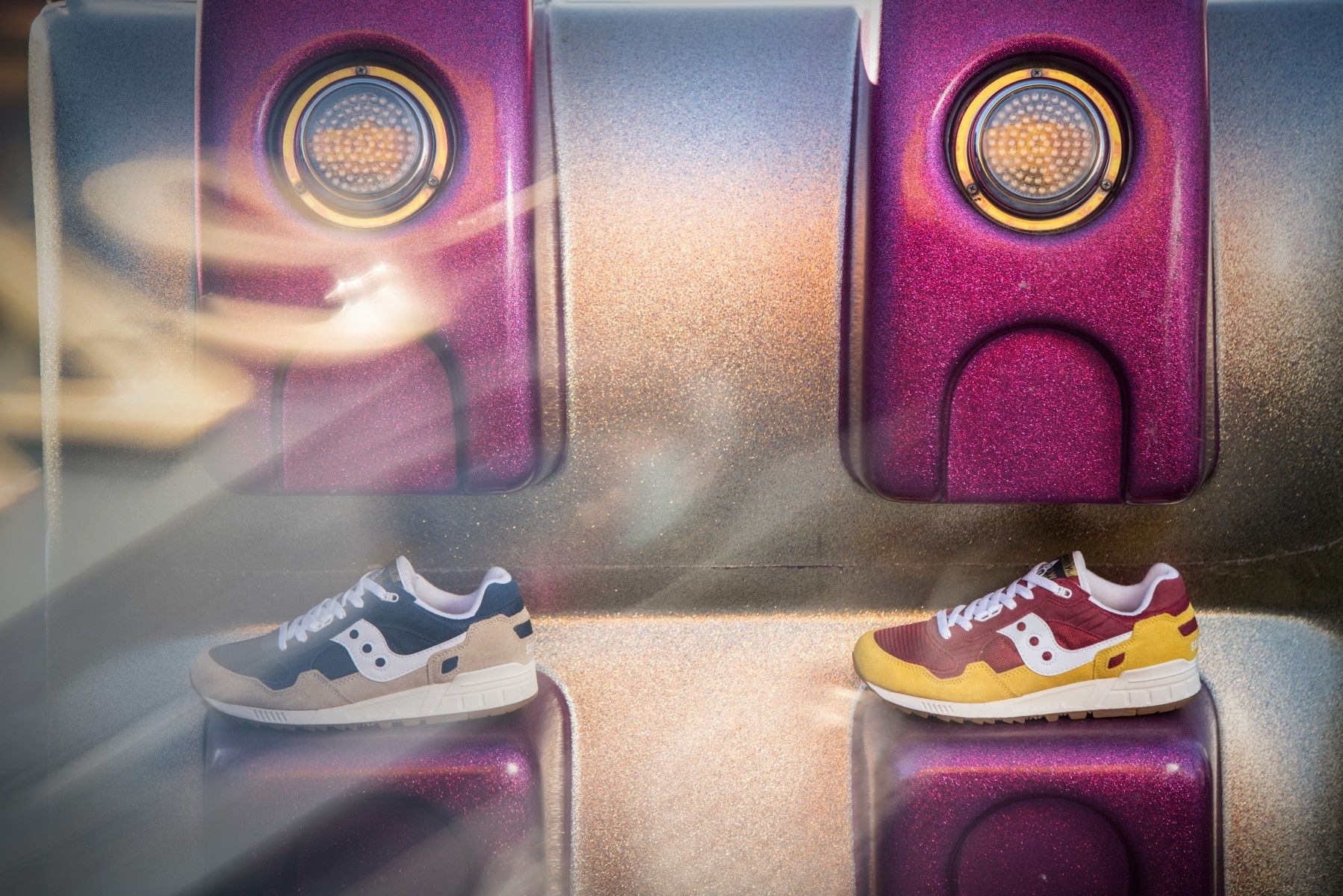 SAUCONY is one of those brands that are often underrated in a game flooded with releases, which been hyped to death. But Saucony with it´s over 120 years of age is a primal stone of the sneaker culture, which is still at the forefront of running performance today.

Also in lifestyle Saucony is a number and has thanks to collaborations with END, Extra Butter, Solebox, Acht Amsterdam or Woody/Sneakerfreaker a fixed place on many grail lists.

One of the most popular silhouettes from the archive is certainly the Shadow 5000, which was launched in 1989: the beautifully balanced runner was ahead of its time and still cuts a good figure on the foot 3 decades later.

Away from the hype we got the 2 current inline colourways. the pictures speak for themselves.

Both variants work with the same horizontal colour blocking on the upper from suede and mesh; once in a mustard yellow/burgundy and once in a beige/navy execution. The upper shoes sit on a cream-coloured midsole and are rounded off by a delicious rubber sole.

Unexcited but dope – more of it!

If you want to hit the ball, you can do this at the usual Saucony dealers for a friendly 105€ – in Vienna the Shadow 5000 is currently available from our friends at the Zapateria.